On December 14, 2016, the United States Drug Enforcement Administration published a final rule regarding the “Establishment of a New Drug Code for Marihuana Extract.” ( https://www.federalregister.gov/…/establishment-of-a-new-dr…)
This new rule does not create any new substantive regulation or law regarding the legal status of marijuana or marijuana extract. Instead, it creates a new tracking code number for “Marihuana Extracts” (which include cannabinoids).

Previously, Cannabis Extracts were classified under the code number for “Marihuana. Under the new rule, extracts are now classified separately. The DEA uses these codes to track quantities of controlled substances imported to and exported from the United States. This new rule affects only DEA-registered entities who previously were required to track such materials. As the document states, “[t]he only direct effect to registrants who handle marihuana extracts will be the requirement to add the new drug code to their registrations.” The rule goes into effect on January 13, 2017.

Regarding the legal status of CBD derived from industrial hemp: The 2014 US Farm Bill was an act of congress signed by the president and that is the highest law of the land. The DEA cannot make law and try to redefine a law passed by the US Congress which defined industrial hemp in section 7606 as “Any cannabis sativa L that produces naturally less than .3% THC on a dry weight basis.”

Furthermore, the DEA is not allowed to interfere with a legal state licensed cannabis business – there is very recent case law that set precedent for this in the 9th circuit. See here: http://www.reuters.com/…/us-usa-ruling-marijuana-idUSKCN10R…

Lastly, the DEA was purposely de-funded by the US Congress last year (and is poised to do the same for this year:
(http://archives.sfweekly.com/…/congress-set-to-ban-feds-fro…) from pursuing any enforcement of their archaic interpretation of the Controlled Substances Act (CSA) in legal states.

We hope this information helps you and your customers filter through the fake news mis-information and fear mongering that usually runs rampant anytime a government memo affecting cannabis is circulated. If you have any further questions feel free to contact us directly, but it’s business as usual over here. 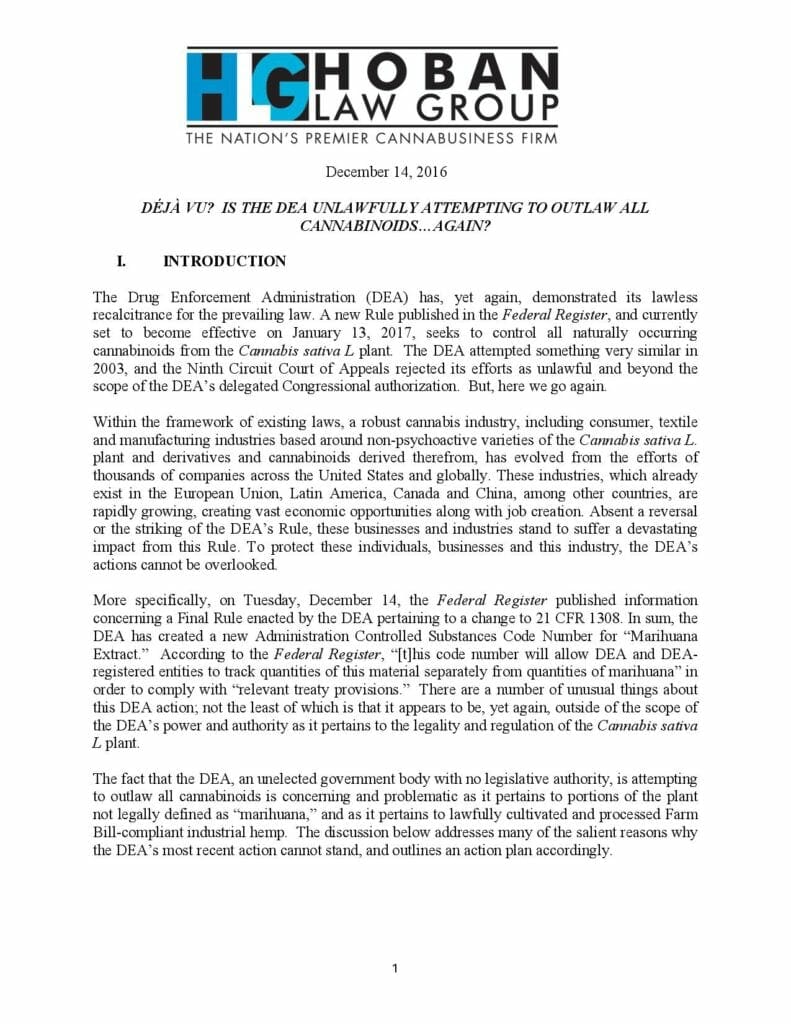 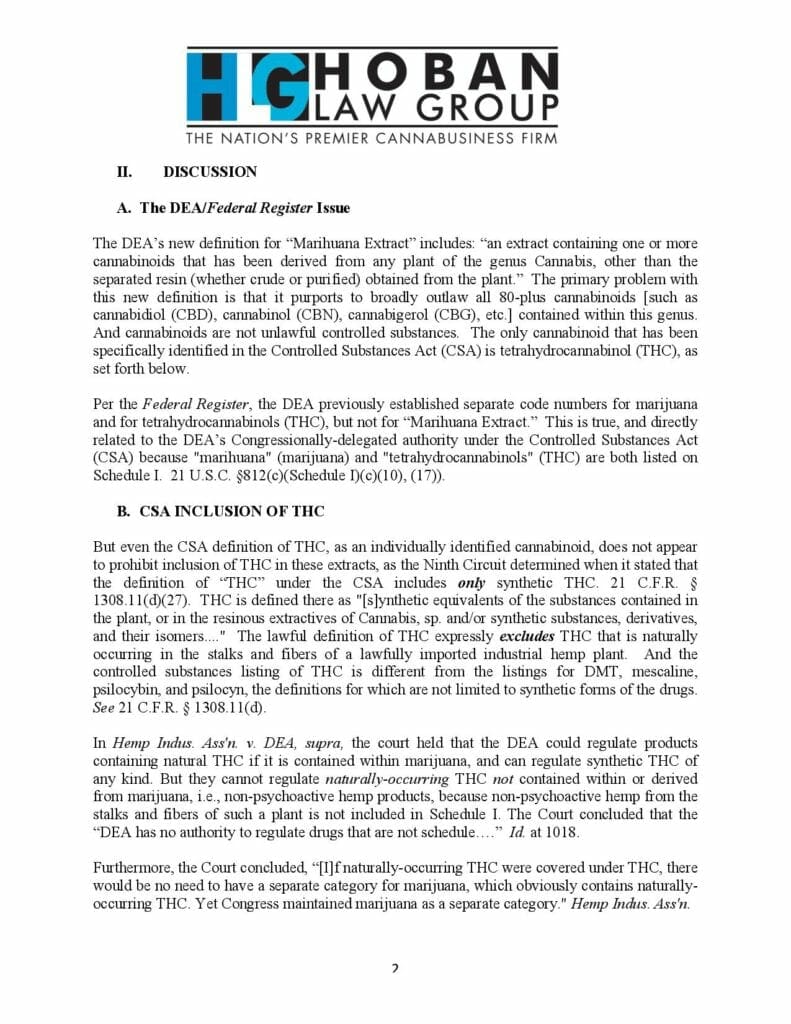 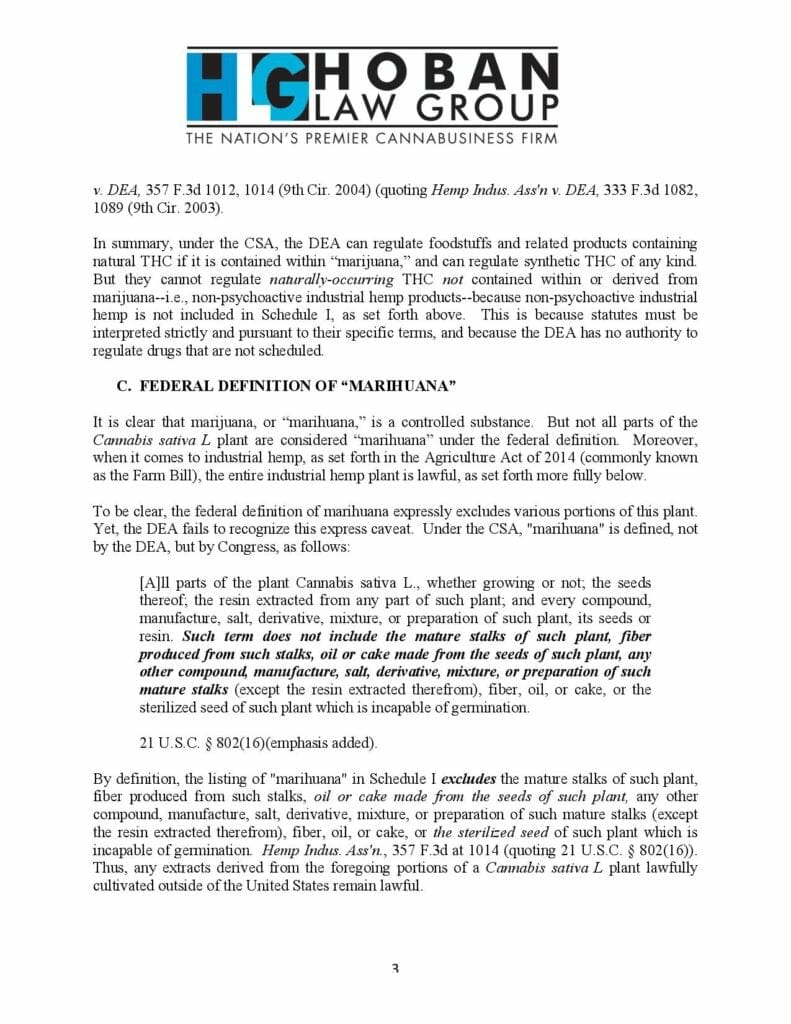 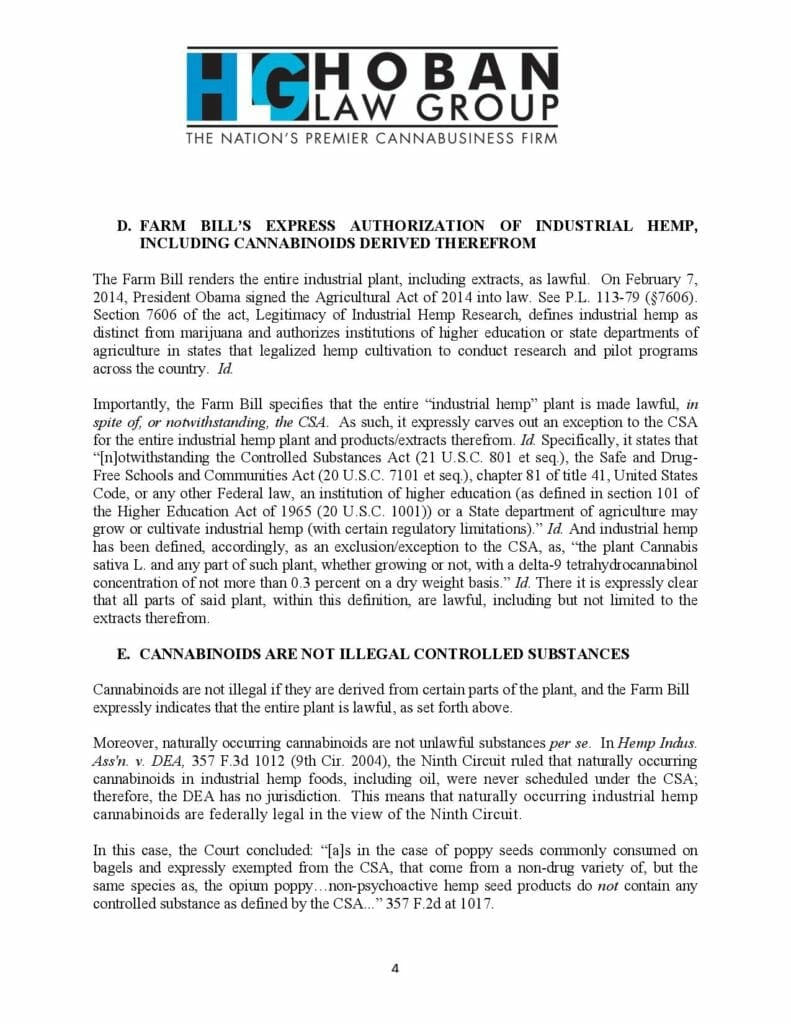 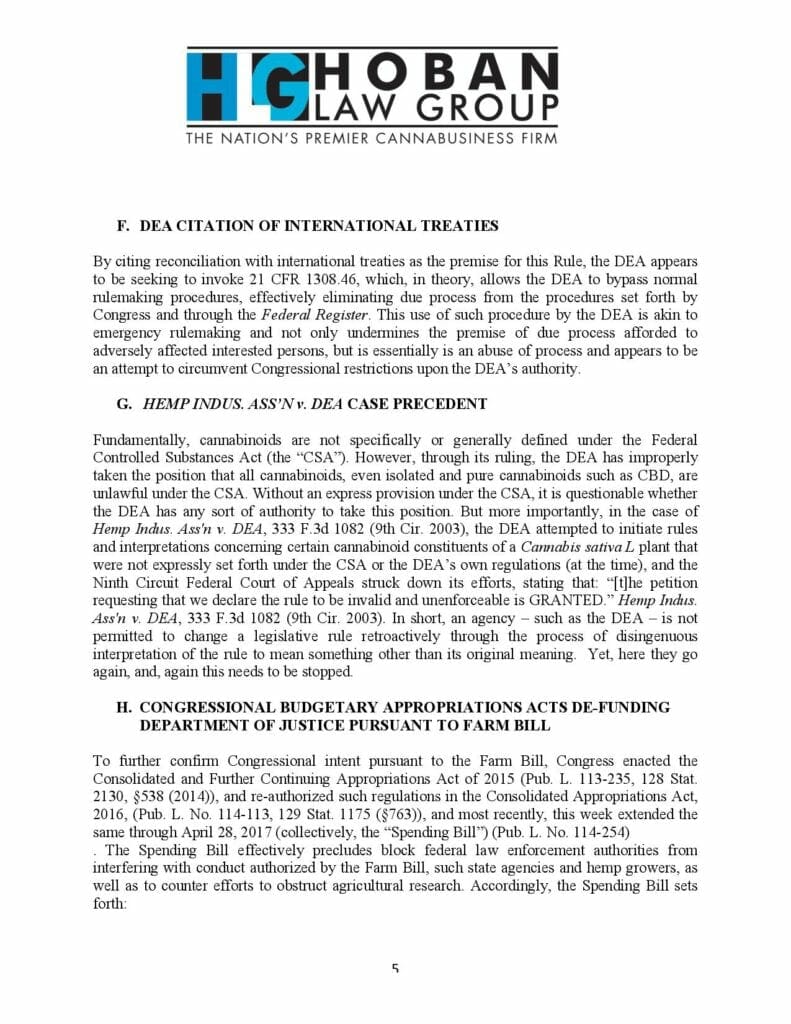 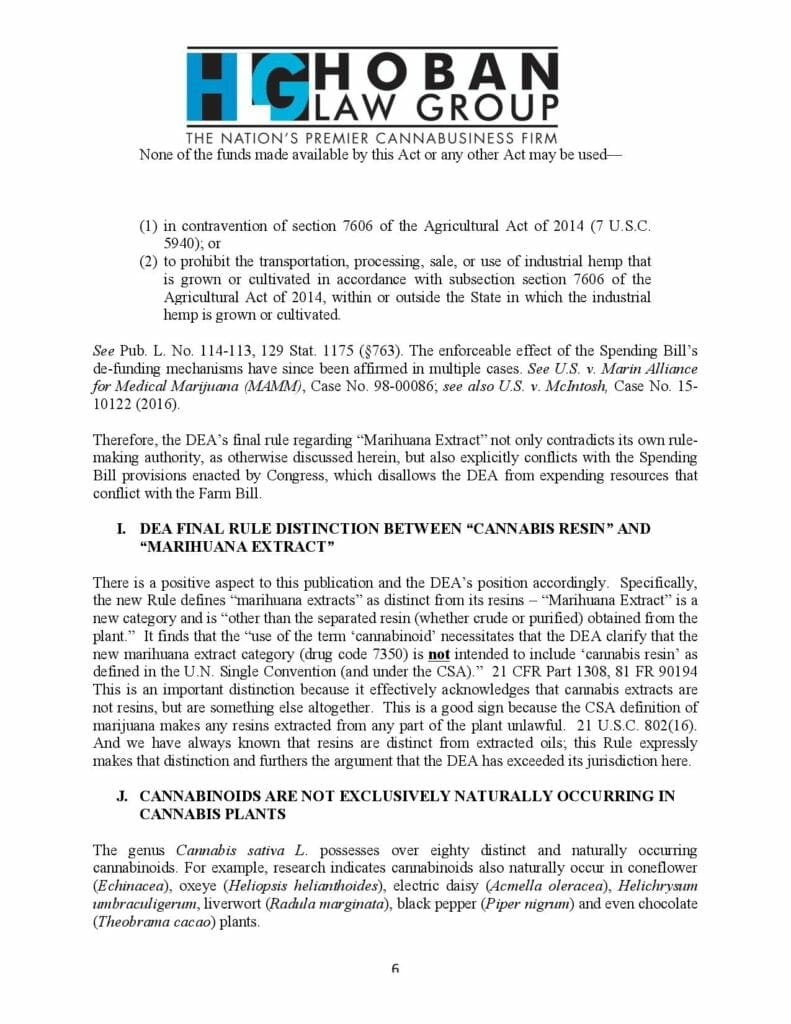 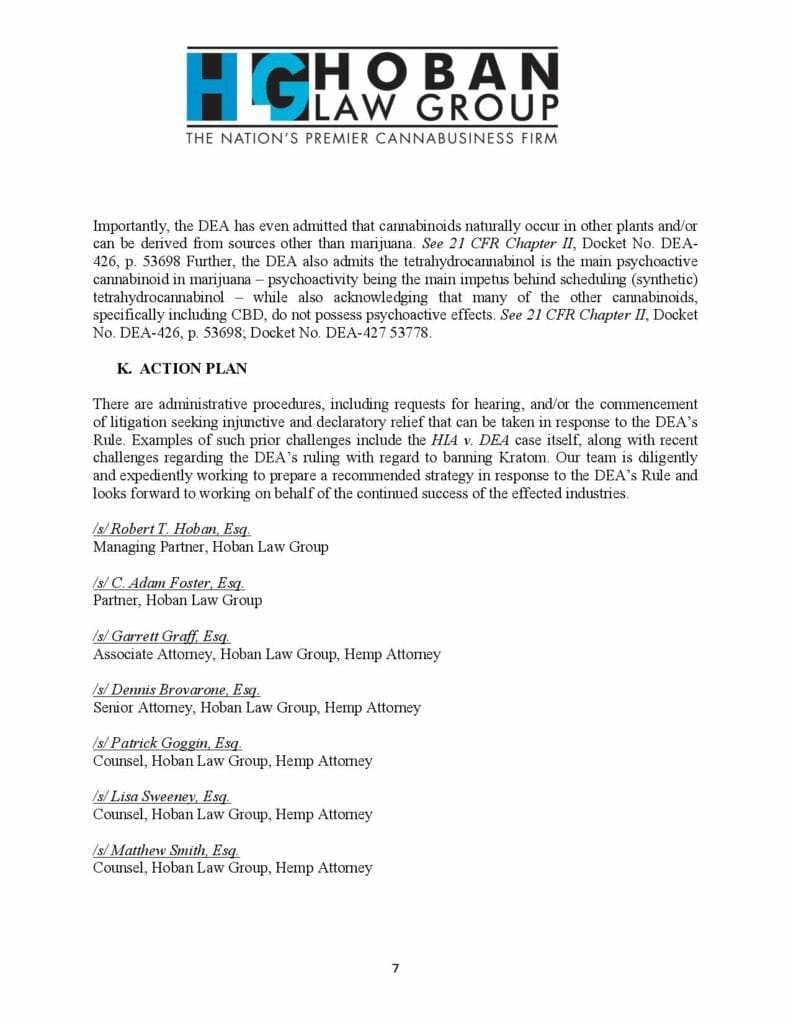